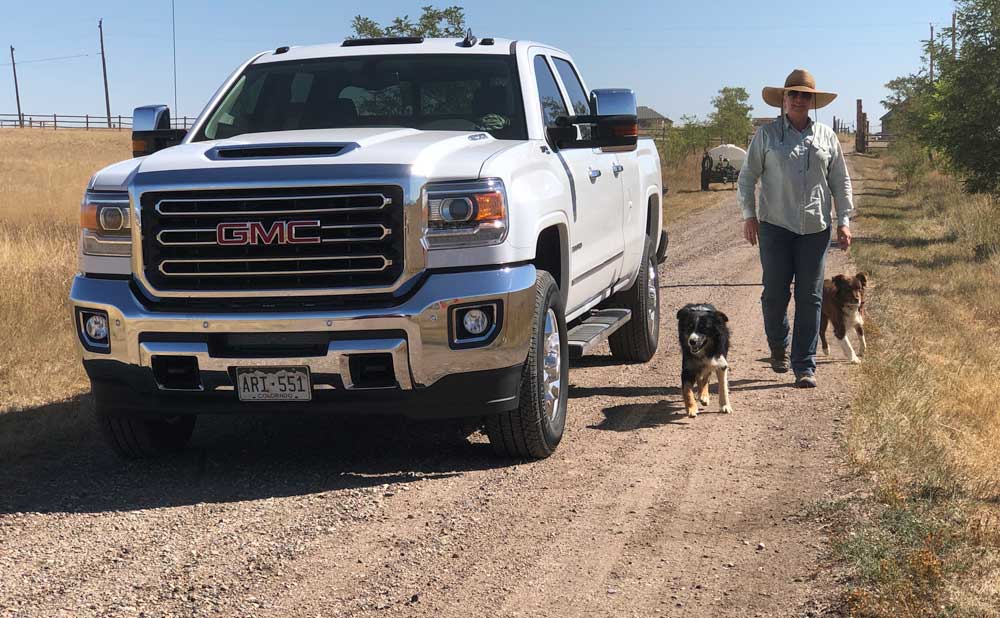 Lani Malmberg and her goat based weed control business began in 1997 when she bought her first goats and has been grazing them for non-toxic land care.

With a background in cattle ranching, she’s a natural for the job. Her family’s ranch was run by her brother, Tony Malmberg, on Twin Creek south of Lander, Wyoming.

Lani left the ranch in 1986 during economic hard times and a cattle market low and moved to Colorado to manage ranches. She worked in the oilfield for a short time, then returned to finish college, earning the following degrees:

Ms. Malmberg became interested in goats as a graduate student at Colorado State University in Fort Collins. While completing her master’s degree she studied the use of goats for environmentally friendly, chemical-free land restoration.

In 1997 she bought her first goats and has been grazing them for non-toxic land care since. The rest is history.

Lani Malmberg, with her herder dog Zippy, has a herd of over 1,200 goats that she takes upon request to places in need of weed management, brush control, re-seeding and restoration, erosion mitigation or flood control. The goats provide a natural and more effective alternative to chemical pesticides.