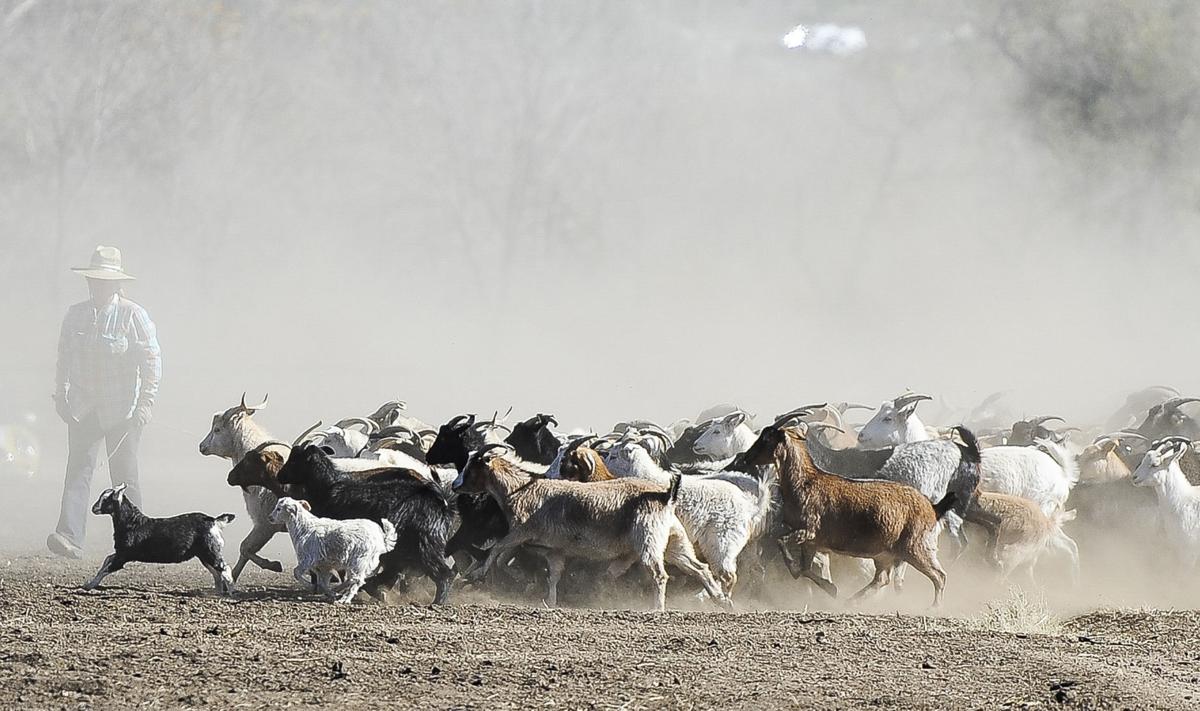 “Goats aerate the soil, mulch the soil, fertilize the soil and irrigate it,” said Lani Malmberg, a pioneer of commercial goat grazing. “With all the pesticides that have been sprayed, there shouldn’t be a single weed on the planet, but there is.”

Weeds are symptomatic of a problem. The problem is sometimes poor soil having no organic matter that cannot support good growth. We want to make the grass the best competitor and stress the weed at every turn.

Goats help with this problem. Through the use of a targeted goat grazing service

like Ewe4ic Geological Services aka Goat Green (TM), everything a goat eats is then recycled as fertilizer and laid back down on the grasses. As the goats graze, they trample in the fertilizer.

“There’s a lot of awareness now of what chemicals do to the environment,” says Lani Malmberg. “They’ve been using chemicals against weeds for 45 years, so there shouldn’t be a weed on this planet. Obviously it’s not working and they’re looking for something else, a logical way to slowly heal the land.”

The goal is to build up healthy soil

The goal is to build the soil so it can produce the kinds of plants that we want to grow there. What we need is to be looking at the water cycle, mineral cycle, energy flow and succession. Ewe4ic Geological Services (aka Goat Green) worked last year in seven states, moving from job to job, migrating north to south, and up and down in elevation; working all the time.

Jobs include federal contracts with the U.S. Fish and Wildlife Service, Bureau of Reclamation, Bureau of Land Management, the U.S. Forest Service, as well as state, county, and city contracts.

Weed and brush control using goats is an effective resource for private land owners as well. The smallest area we have grazed was a 12-foot by 60-foot backyard, grazing 30 baby goats there for three days. The biggest job was grazing 20,000 acres in Montana.

We take a lot of data while we are herding goats. We use a video camera with a GPS unit hooked into it. We then create a noxious weed layer that can go into any government database for their noxious weed inventory. Inventory of common weeds poisonous to grazing livestock, cattle, sheep include Larkspur, Musk thistle, Plumeless thistle, Poison hemlock, and more..