Congratulations! Why did you make your film?

Thank you! I made this film as a thesis project to wrap up my self-designed major in Ecological Journalism and Media at Colorado College. I was pushing for a different story centered around the Yampa River, but it fell through 5 days before shooting. I saw an article about Lani’s goats in my hometown newspaper and called her up – 5 days later I was on a flight to Nevada to meet Lani and the goats.

Imagine I’m a member of the audience. Why should I watch this film?

First, who doesn’t like goats? Have you ever seen one 15 feet up in a tree? But on a more serious level, the soils are the basis for terrestrial life, and herbicides have contaminated and diminished our soils since the Industrial Revolution. This short piece tells a story about Lani working to restore life and balance to our precious soils, and one acre at a time, she is doing it.

How do personal and universal themes work in your film?

As the filmmaker, I have ideas informed from my experiences while observing and shooting so these themes are flowing from recreating what I felt while out – why I chose a shot, or a lens, or an interview question, or an editing cut all stem from the feelings during that experience. It can be hard to put words to those decisions which go from a craft to themes.

I think that’s what good critics do – put into words and contextualize what creatives do. But, in general, I’ve always been driven to look at how humans connect to their surroundings and how that relationship creates culture. I’m also really interested in the boundaries and crossover between natural and urban.

So to answer the question more directly, I work really hard to use story and character to explore universal themes that interest me, but the personal themes come out in the types of projects that I pursue and the decisions that I make to replicate the experience that I had while documenting.

How have the script and film evolved over the course of their development?

The film has really gone through a few iterations shaped by a few great mentors and a few key realizations of what this story is and isn’t. It’s a short, it’s very visual, it was self-funded with the help of the college and directed/shot/edited alone. Conversely, it’s not a dramatic film and it’s not going to answer everyone’s questions about goats because there’s WAY too much to learn about goats as far as their anatomy, habits, ecological role, personalities, etc.

So with that in mind, I had to craft Lani’s story of life with the goats and distill the experience of being around them from roughly 10 hours of footage into 7 minutes. There were a few big switches in the overall structure that really made things click. One of the major ones is that the film’s end used to be the beginning which wrapped up a change in the location of Ryan Vincent’s interview nicely (thanks for the critiques Dylan Nelson!).

What type of feedback have you received so far?

The feedback has all been really great, other than one professor who just pushed and pushed for drama, but like I said, this is not a dramatic film. It’s been screened at my alma mater, at a few festivals, and at a few environmental events thus far and people just love the goats and then Lani is such a unique character.

It’s the feedback and connection that sharing stories creates that really fills me back up after what can be a draining process of creating a film. That time and space away after completing the edit, to when you’re screening it, really lets you recharge and appreciate the work. Getting feedback, negative or positive, is really important in my process.

Has the feedback surprised or challenged your point of view?

It has surprised me how many people know and love goats but never thought of how useful they could be ecologically. It also has helped to put goat grazing on the map a little bit more as a viable alternative to herbicides. Nothing too challenging, I wouldn’t say it’s a very controversial film.

What are you looking to achieve by having your film more visible on www.wearemovingstories.com?

More eyes on the film, more people introduced to Lani’s work, and hope that anyone who is curious about my work or Lani’s work will reach out through the e-world or track me down. Ultimately for me, with film and sharing stories, it’s about connecting – giving myself and others a chance to connect around a story, around an issue, around an ecosystem, and come away having felt something.

Who do you need to come on board (producers, sales agents, buyers, distributors, film festival directors, journalists) to amplify this film’s message?

I’m looking for distributors, sales agents, film festival directors, or buyers to get the film out there more. It would be really great to find some people interested in distributing after the festival run especially to keep breathing life into this film.

I’m looking for producers and other filmmakers because film is (in my opinion) an inherently collaborative medium and there are too many stories that have too grand of an impact and too grand of a scale to tackle alone.

What type of impact and/or reception would you like this film to have?

As Lani says in the film, and hence the title, she’s out there doing work “a few acres at a time.” There are a lot of acres in the U.S. that need our help. This story can carry her work and her message further than she can alone. You don’t have to like the film, Lani, or the goats, although I think you’ll like all three, but this type of land restoration and freedom from chemical dependencies is key in being stewards of our lands. I hope it will let people know there are other ways to control weeds.

What’s a key question that will help spark a debate or begin a conversation about this film?

Why have we allowed the widespread use of herbicides to destroy our soils when we have had critters evolved to do the same thing, but better, since before humans existed?

What is a weed and why do we need to eliminate them?

Lani’s work is amazing, but it is not fast. Our western culture has led us to look for a quick fix, but work that creates lasting results can take time. After decades of harming our soils on a large scale it’s going to take time and patience to help it heal.

You can get in touch with Lani through her website https://www.goatseatweeds.com or find local herders in your area. 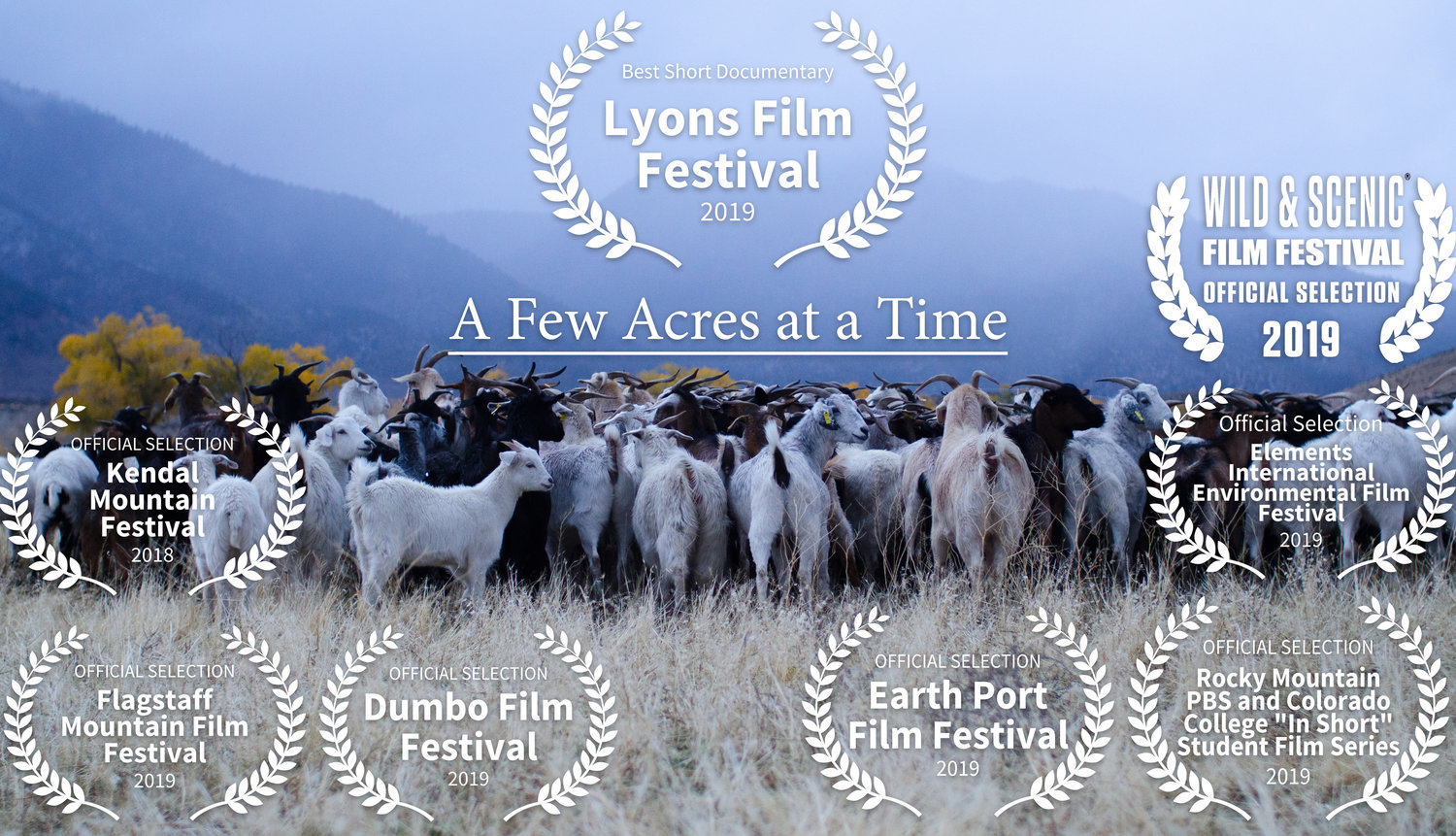