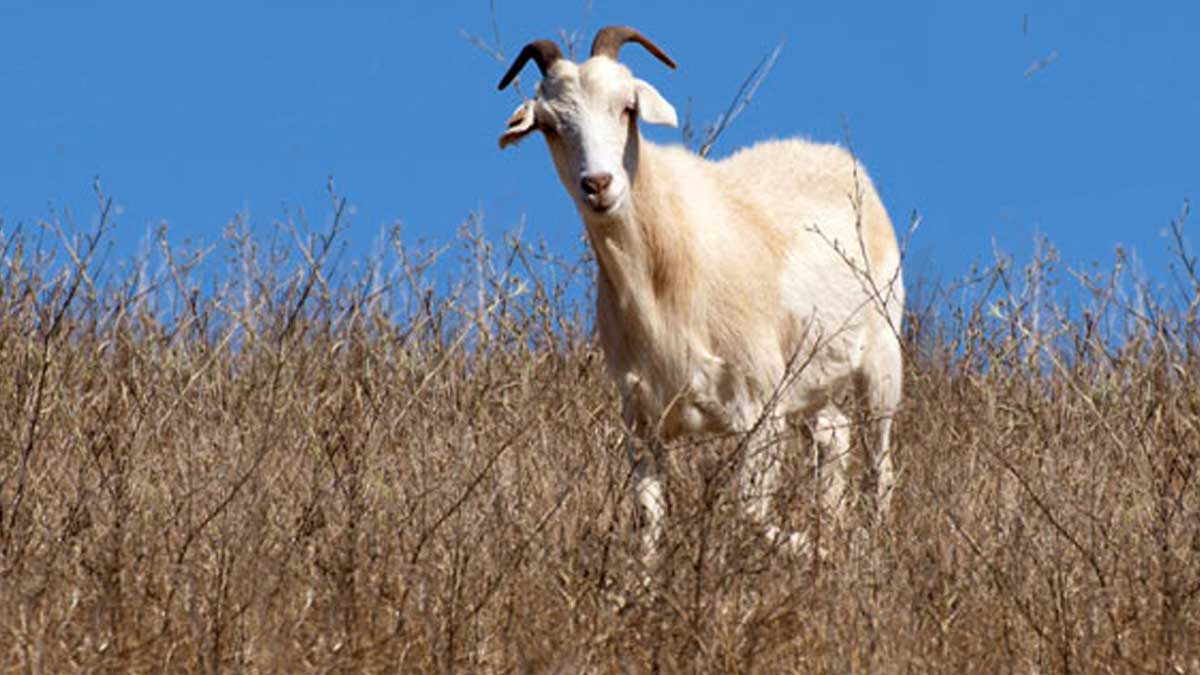 Q. I heard that goats are being used to prevent some of those catastrophic fires that seem to happen increasingly. What’s the story with that?

A. As wildfires consume parts of California larger than some smaller states, everyone is talking about how we can prevent such disasters from getting going in the first place. One novel approach is to enlist goats. Not as firefighters — although their sure-footedness and determination would probably serve them well in such situations — but as grazers to keep the forest underbrush clear of the tinder-like grasses, bushes and small trees that allow flames to jump to the higher forest canopy and get further spread by the wind.

Goats have been called in for fire mitigation purposes across parts of California, Arizona and other drought-prone parts of the Western U.S. In Oakland and Berkeley Hills, where the combined effects of drought and a bark beetle infestation have killed thousands of acres of trees, public agencies and residents have enlisted the help of goat herds to suppress weeds and keep down the fire risk in the process for what remains of the area’s forest cover.

Other Earth-minded land managers are going goat as well. The Nature Conservancy recently hired goats to keep dry grasses and other tinder-like plant matter down at its Hassayampa River Preserve in Arizona, where the constant threat of summer fires haunts nearby homeowners while endangering the integrity of the area’s unique and fragile riparian ecosystem.

Have a question for EarthTalk? Send it to EarthTalk, P.O. Box 5098, Westport, CT 06881 or e-mail to earthtalk@emagazine.com.