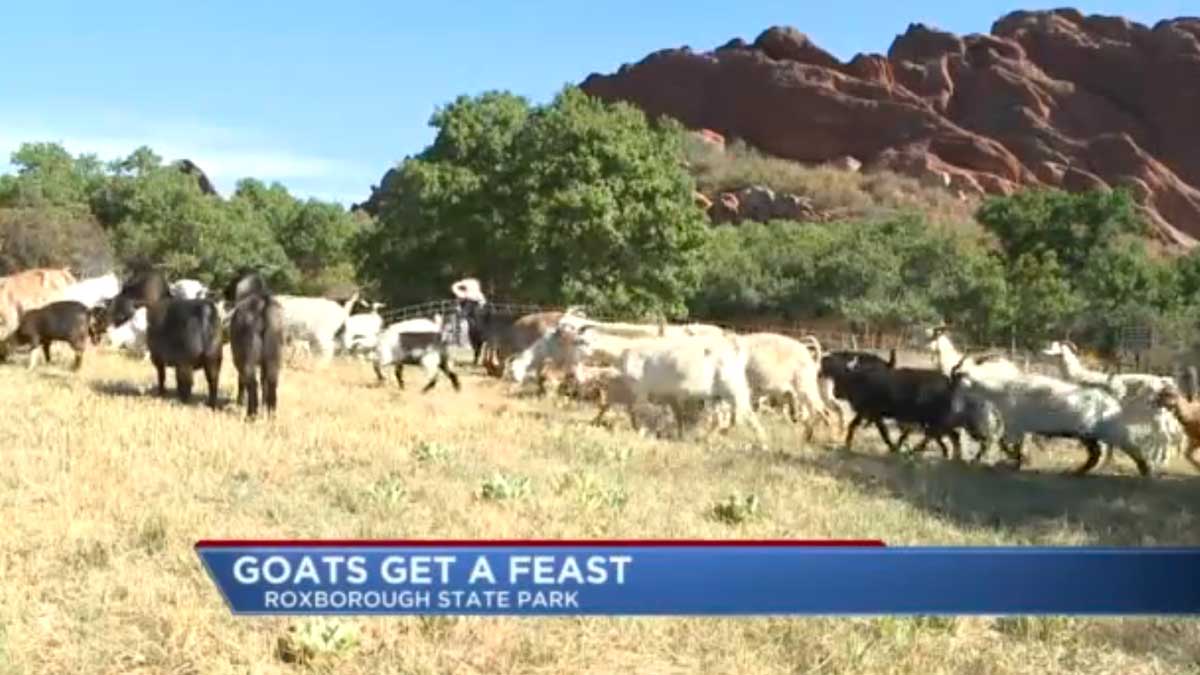 LITTLETON, Colo. — On a calm and serene morning in the wild land, urban interface of Roxborough Park Residential, more than 400 goats storm the ground.

“They know what their job is,” said goat herder, Lani Malmberg, owner of Goat Green. The goats are there for three reasons: Weeds, fire mitigation and soil erosion. This herd will eat more than 1 ton of food per day. Resident Richard Hart calls it a win-win.

“There’s always going to be a risk of fire and hopefully these goats will help us reduce that risk,” said Hart, a member of the Roxborough Park Fire Mitigation Committee. The goats get to eat and the ecosystem thrives.

“I’m very interested in how they are cleaning out the under story and they do a fantastic job of it,” Hart said.

“They prefer brush and trees, poisonous things, pokey things, dry things and grass is their last choice,” Malmberg said. Moved from location to location, this herd never bites off more than they can chew.

“We can reduce the biomass by 40-50 percent without destroying the ambiance of the community,” Hart said.

“So they eat all that and then the poop is broken down into little pellets and that is the nutrients of carbon, nitrogen, phosphorous, boron, sulfur, magnesium. Those are all released back into the soil then. It’s very good for the environment, it’s very good for the people,” Malmberg said.

This is the third year the Roxborough Park Fire Mitigation Committee has brought in the goats. The committee said goats are the most environmentally friendly option it has.