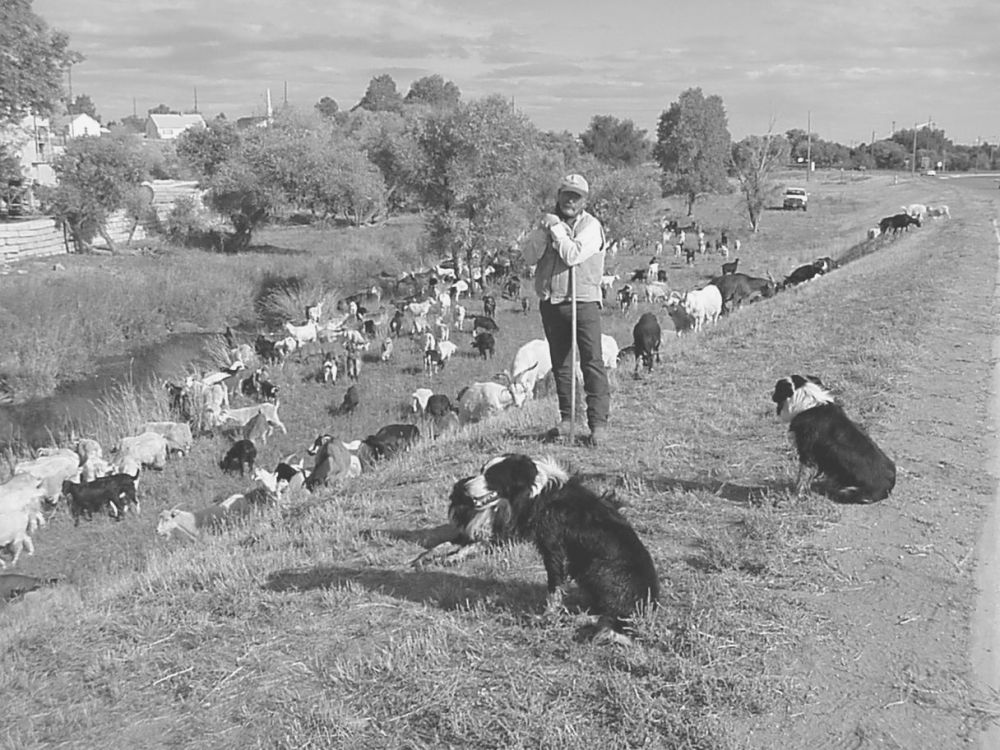 Using large herds of goats to combat weeds is an idea that’s catching on fast and providing a lucrative new business opportunity for anyone willing to live a nomadic lifestyle.

Lani Malmberg spends most of her time traveling around the West with her herd of 1,300 Cashmere goats. She lives in a camper and trucks her goats from one job to the next. She has so many jobs lined up she has started helping other “goat entrepreneurs” get started in the business.

“It’s catching on fast because the public is demanding less use of chemicals. It’s also economical,” she says. “So far I’ve worked in 10 states, charging between 50 cents and $2 per day per goat, plus transportation and fencing costs. It works out to about $60 per acre on average. I am currently training people in five states how to get started,” she notes.

“Goats not only kill weeds,” she says, “They also fertilize, irrigate, and recycle. They will eat just about anything, including yucca, thistle, Russian knapweed, salt cedar, poison hemlock, leafy spurge, kudzu, poison ivy, cactus and all noxious weeds. Because of the way they chew, goats crush most of the plant seeds they eat, and this virtually eliminates regrowth.”

Malmberg has a master’s degree in weed science and started her goat-grazing business in 1997 with the help of her two sons. They both cashed in their college funds to assist in getting the operation started. The business has been so successful the goats are now sending them to college.
Her clients include national parks, state parks, cities, counties, homeowners associations, and private individuals such as ranchers throughout the West.

On each job, a temporary electric fence keeps the goats from running off or eating what they shouldn’t. It also keeps out predators. Typically, the herd works its magic on a parcel of between half an acre and 20 acres at a time, depending on the job. Malmberg also relies on her three Border collie dogs to maintain order and keep the herd moving.

Goats are ideal for weed and brush control because of their unique tastes. Their first preference is brush, leaves and twigs. After that, they’ll turn to weeds and then, lastly, grass.

“Goats also poop a lot and, as they roam, their tough hooves stomp the pellets into the soil, fertilizing and helping to soften hard clay areas. They also irrigate, a pint at a time, with nitrogen-tinged urine that helps balance the minerals in the soil. And, most notably, they even eat plants that are poisonous to other animals. Powerful enzymes in a goat’s saliva neutralize toxins so that the biggest threat it faces is eating itself to death. In addition, we often tie native grass seed packs onto goat pack saddles on their backs, so they can plant while grazing,” she explains.

Cashmere wool from the sheep is a major source of income. She once sold unspun fiber for as much as $20 an ounce at festival in New Mexico. She also bags goat droppings for sale to organic farmers. When the herd is in one place for a while, she confines them in the same area each night so the droppings are easy to scoop up. She bags the manure in 35 lb. sacks and sells them for $15 a sack.
Malmberg’s sons still help her when they are not in college, and she has one employee. This allows her to accept numerous speaking engagements where she is asked to explain the various advantages of her contract grazing business.