Brush Creek field gets the goats 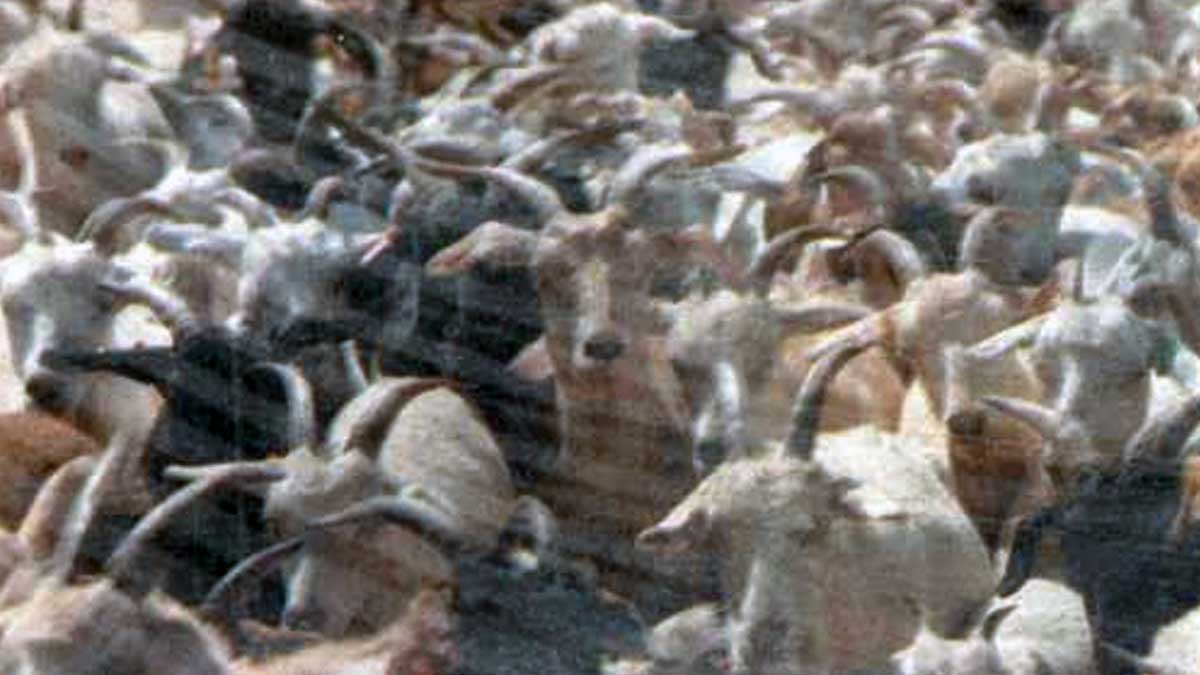 It’s not a petting zoo, and it’s not a carnival.

According to Pitkin County weed eradication experts, it’s a way to get rid of some plumeless thistles near Snowmass Village.

Seven hundred goats will be grazing on 16 acres of the Seven Star Ranch open space property off Brush Creek Road over the next six days. The goats will feast on the local crop of thistles and burrs.

“This is the second time we’re bringing in the goats, and it’s always done at this time of year,” said Michael Craig, head of the Pitkin County Weed Management Board. “We try to graze the plants when they bloom, and hopefully it will reduce the number of seeds produced. That’s the goal.”

Lani Lamming of Alpine, Wyo., is the owner of the goat herd that travels from field to field, a profession she began four years ago. Lamming developed her business, Ewe4ic (pronounced “euphoric”) Ecological Services, after getting a master’s degree in weed management from Colorado State University in Fort Collins.

Last year she and her herd traveled through seven states.

“I live on the road with my goats,” Lamming said. “I own 2,000 goats and I don’t own any land. I just keep being a gypsy and my goats keep eating weeds on weed contracts.”

Beginning Tuesday evening, the massive herd of goats will eat and sleep solely on the Seven Star property. Lamming also brings two border collies, Scoot and Bro, to herd the goats, as well as “DJ”, a donkey, and “Boss”, a llama.

It does sound like a petting zoo, but Lamming’s working goats aren’t named -most just go by their tag numbers.

The goats are contracted out for very specific projects, she said, based on criteria that include how much space needs to be grazed and what native plants in the area are to be avoided.

“The rule of thumb is that, per 100 goats, you graze about an acre a day,” she said. “But it also depends on the weed problem and the goals of the landowner. No job is ever the same.”

Craig said the parcel being grazed used to be an agricultural field, and although he is concerned about some native plants getting eaten, the three-year goat experiment will determine if the thistle count takes a dive.

“We hope the goats are going to help reduce the new seed that hits the ground this year,” he said.

And Snowmass Village residents shouldn’t worry about any extreme bleating from 700 hungry goats -Lamming testifies that her animals are very quiet, and passersby who listen closely will hear them munching.